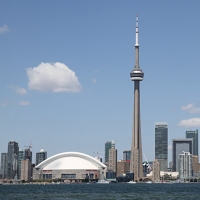 The most Important thing you'll read all day.

There’s no doubt that we are in the midst of a shifting real estate market in Toronto. Here’s what’s been happening:

Mid-April: As news of the impending government changes began to leak in early April, Toronto Buyers, already fatigued from months of bidding wars, began to slow their property searches. Sellers, increasingly nervous about how a foreign tax might affect prices hastened to list their homes for sale. According to the Toronto Real Estate Board, there were 33% more properties listed for sale in April 2017 than in April 2016. After a long winter of fierce bidding wars and unsustainable price increases, the increased inventory was long overdue.

April 20, 2017: Ontario announces the Fair Housing Plan, with 16 changes aimed at cooling Toronto’s hot market. You can read about the changes here. While the most significant changes primarily targeted foreign buyers and investor-landlords, many people (us included) didn’t think the changes themselves would have much of a direct impact on the real estate market.

Reality Check: When governments make changes to influence free market activity, it doesn’t really matter WHAT THOSE CHANGES ARE; what matters is WHAT PEOPLE THINK THOSE CHANGES MEAN. So while rational analysis might predict that a foreign Buyer tax should only affect a tiny portion of the market, if Toronto Buyers and Sellers think it might affect them and change their behaviours, a far more significant market change can occur. Witness what happened in Vancouver last year when sales dropped 45% after the Foreign Buyer’s Tax was announced – foreign buyers did not make up 45% of the market, but Vancouverties reacted emotionally, and the market slowed.

April 20 – May 1:  As busy REALTORS, we have a bird’s eye view of what’s happening in the market, as it happens. After the Fair Housing Plan was announced, we saw mindset and behaviour change almost instantly. Buyers who’d previously been dedicated house hunters decided to take ‘a week off and see what happens’. Sellers who’d been debating listing their homes for sale in the spring/summer/fall, were suddenly all very anxious to get their homes on the market.

May 1(ish) – Today: Things started to feel really different at the beginning of May. Houses listed for sale were getting fewer showings. Houses in hot neighbourhoods that would normally have seen 5-6 showings per day were getting 1-2 showings per day. Some great houses were being overlooked by Buyers. The 10-person bidding war became an increasingly rare occurrence. The common pricing strategy of setting an arbitrarily low asking price and not looking at offers for 6 or 7 days in the hopes of generating a bidding war started to fail – no one was showing up on offer night! The condo market – on fire since late last year – also started showing signs of change: while demand was still strong, there were more properties to choose from and fewer Buyers competing for properties. The irrationality of an emotion-driven bidding war market made way for a more rational approach to buying.

It’s normal at this time of year to see more listings…this is the ‘spring market’, Toronto’s busiest real estate season. But it really felt like there were WAY more properties for sale. So I decided to so some math.

Caveats and small-print: 2 weeks is an extremely small time period to look at, and central Toronto is a limited sample size. The market and stats are also impacted by where weekends fell during that 2-week period, the weather and what else happened in the world. Nonetheless, these stats reflect what we were feeling and seeing.

What It Means for Buyers

The current situation represents a HUGE opportunity for Buyers. There’s more inventory than we’ve seen in a really long time and it’s possible to buy a house or condo without having to claw your way through a bidding war. There are even opportunities to – wait for it – NEGOTIATE! Here’s our best advice for Buyers today:

What it Means for Sellers

I know, this isn’t a fun time to be a Seller. You’ve watched the market on fire for months now and listened to your neighbours’ tales of the 20-person bidding war and getting $500,000 over-asking. That probably isn’t going to happen much anymore….but guess what? You’ll still benefit from their bidding war. Here’s our best advice for Sellers today: